Be the first to review this product
$245.95
Out of stock
SKU
FieselerMaxUSA
Notify me when this product is in stock 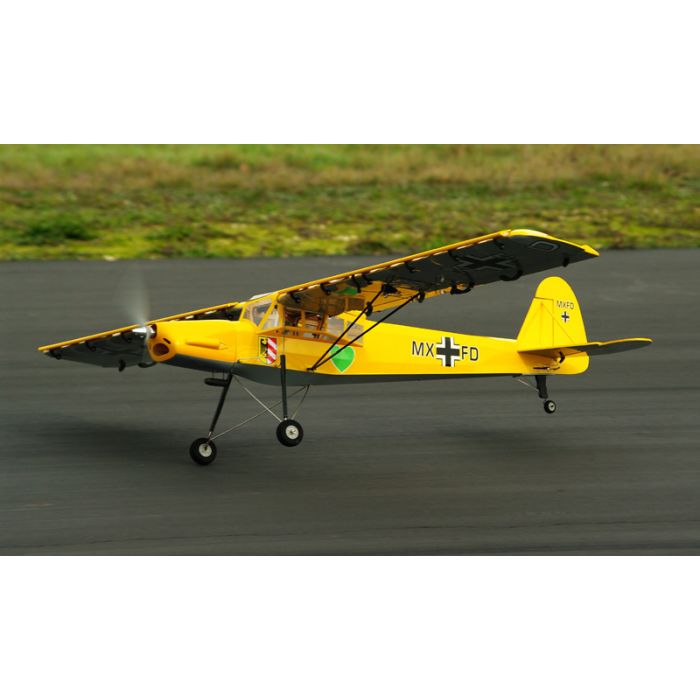 Skip to the beginning of the images gallery
Frequently Bought Together
Total price
Details
The Fieseler Fi-156 Storch (pronounced Stork) was a small German liaison and observation aircraft built by Fieseler before and during World War II. It included a design feature that was rare for land-based aircraft: the wings on the Storch could be folded back along the fuselage.
The Storch could be found on every front throughout the European and North African theaters of operation in World War II. It was probably most famous for its role in rescuing deposed Italian dictator Benito Mussolini. The Storch was the personal aircraft of German Field Marshal Rommel (known as the Desert Fox) in North Africa. During the war at least 60 Storchs were captured by the Allies, one becoming the personal aircraft of Field Marshal Montgomery.
This RC Storch has the same feature that the pilot can fold back the wing, then a 63” wingspan Storch can easily fit into a compact car. Different from other RC versions and sizes of the Storch, this one has maximum throw of ailerons, and it comes with functional slats and flaps.
Improvements on V2
1. Shock absorb landing gear is solid composite material, make the gear stronger than previous version
2. Steerable tail wheel add to the rudder, no more wheel linkage with with rudder
3. Gull-shaped winglet is not pre-glued for safe shipping
4. Servos are not pre-installed, customer could choose the name brand they like
5. Some plywood parts in Version 1 are replaced by composite parts
Specifications:
Wingspan: 63"
Overall length: 40"
Ready to fly weight: about 2 lbs 14 oz
Prop: 11x6, 11x7
Motor Required: Uranus 35425 or same size brushless motor,
Battery Required: 3S 2100 mAh Li-Po
Radio Required: 5ch, 6 mini servos (not include)
Special Features:
1. Scale Folding-Wing design
2. Shock-absorbing scale landing gear
3. Functional flaps and slats
4. Special designed ailerons allow maximum throw setup
5. Optional detail upgrade box
6. Steerable tail wheel
Manuals 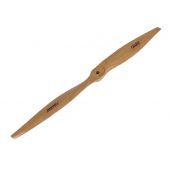