Be the first to review this product
$339.95
Out of stock
SKU
SEA276
Notify me when this product is in stock 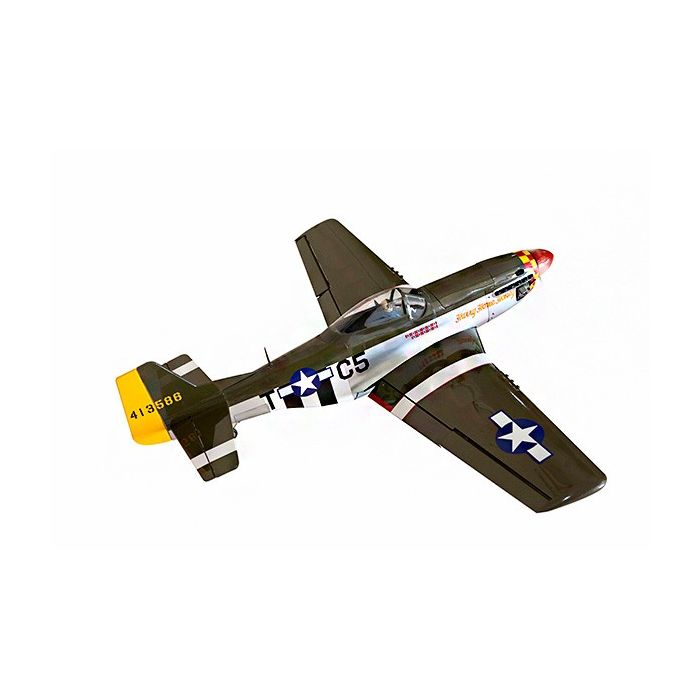 The North American Aviation P-51 Mustang is an American long-range, single-seat fighter and fighter-bomber used during World War II, the Korean War and other conflicts. The Mustang was designed in 1940 and the prototype NA-73X airframe was released 102 days after the contract was signed on 9 September 1940, and first flew on 26 October. The Mustang was the main fighter of the United Nations at the start of the Korean War, up until jet fighters such as the F-86 took over which then led to the Mustang becoming a specialized fighter-bomber. Despite the arrival of jet fighters, the Mustang remained in service with some air forces until the early 1980s. After World War II and the Korean War, they converted to civilian use, especially air racing, and flown as historic warbird aircraft at airshows.

Seagull Models has now presented us with one of the most famous fighters of WWII, the Seagull Models North American P-51D Mustang for 10cc gasoline engines. This is a perfect sized model for every pilot to own! Fitted with flaps and using optional retractable landing gear it requires only 7 servos and an economical engine! This is a practical sized WWII fighter model that will give hours of enjoyment and just like all Seagull Models, it is covered with the best German Oracover iron on covering!

What’s in the box